What are Tonsils and Adenoids?

Tonsils are lymph-like soft tissue located on both sides of the back of the throat. Along with adenoids (soft tissue behind the nose), tonsils help your body fight infection by producing antibodies to combat bacteria that enter through the mouth and nose. Approximately 600,000 people have their tonsils removed each year. Now there’s a gentler procedure, and we offer it at our North Georgia offices in Canton, Jasper, and Blue Ridge, Georgia. 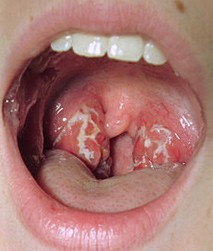 Normally viruses and bacteria enter the body through the nose and mouth and the tonsils and adenoids (located in the back of the nose) act as filters. Within the tonsils and adenoids white blood cells of the immune system mount an attack that helps destroy the viruses or bacteria, and also causes inflammation and fever. The infection may also be present in the pharynx (back of the throat).

Why Have Your Tonsils Removed?

Tonsils and adenoids can cause health problems when they become infected or obstruct normal breathing or nasal/sinus drainage. Recurring infections in the tonsils can lead to chronic tonsillitis. Symptoms include fever, persistent sore throat, redness of the tonsil area, yellow discharge on the tonsils, and tender lymph nodes on both sides of the neck. In addition to blocking the throat, enlarged tonsils may interfere with normal breathing, nasal sinus drainage, sleeping, swallowing and speaking. They may also aggravate snoring and can even cause an alarming condition called sleep apnea, which involves an occasional stoppage of breathing.

After surgery is scheduled the patient will be brought into the office a week to ten days before the procedure for pre-op paper work along with a history and physical exam. That same day the patient will usually have to do pre-op at the hospital as well. During the pre-op visit a prescription for post-op pain medication will be given so that it can be filled and ready by the time the patient comes home.

It is common for patients who have undergone Coblation Tonsillectomy to feel better than expected following their surgery, with most patients resuming a normal diet and activities within two weeks. Therefore, it is critical that the patient avoid vigorous activity, such as sports, running, and heavy lifting as well as follow a soft food diet for 14 days after the procedure (see our tonsillectomy post-op instructions). This will help to reduce their risk for complications such as post-operative bleeding.